Your are in: Home / Blog / William and travel:

Latest in a series of blogs by Alison Jones exploring the life of artist William Stott of Oldham.

William continued to travel throughout his marriage so one can speculate on how much time he was actually home with Christina. For example Stott spent the summer and autumn of 1888 in Switzerland. He spent time in Paris, maintaining his studio there until at least 1889.

It is possible he travelled to America. William Stott was included in at least the 1st and 2nd Pittsburgh International Exhibition of Contemporary Art in 1896 and 1897. The exhibition took place from early November to January: judges were selected by the exhibitors from amongst their fellow artists. The Scotsman of the 22.9.1904, refers to William Stott as being previously elected to be a juror of this exhibition in which role he would be paid travelling and hotel expenses. In 1899 on the 29th November, the Majestic docked at Liverpool from New York amongst the passengers is ‘William Stott artist age 41’ who is recorded as having embarked in New York.

He took regular short sea trips on board small coastal steamers, which offered ferry services around the coast, for his health and  we know from his pictures that he made several sea journeys. 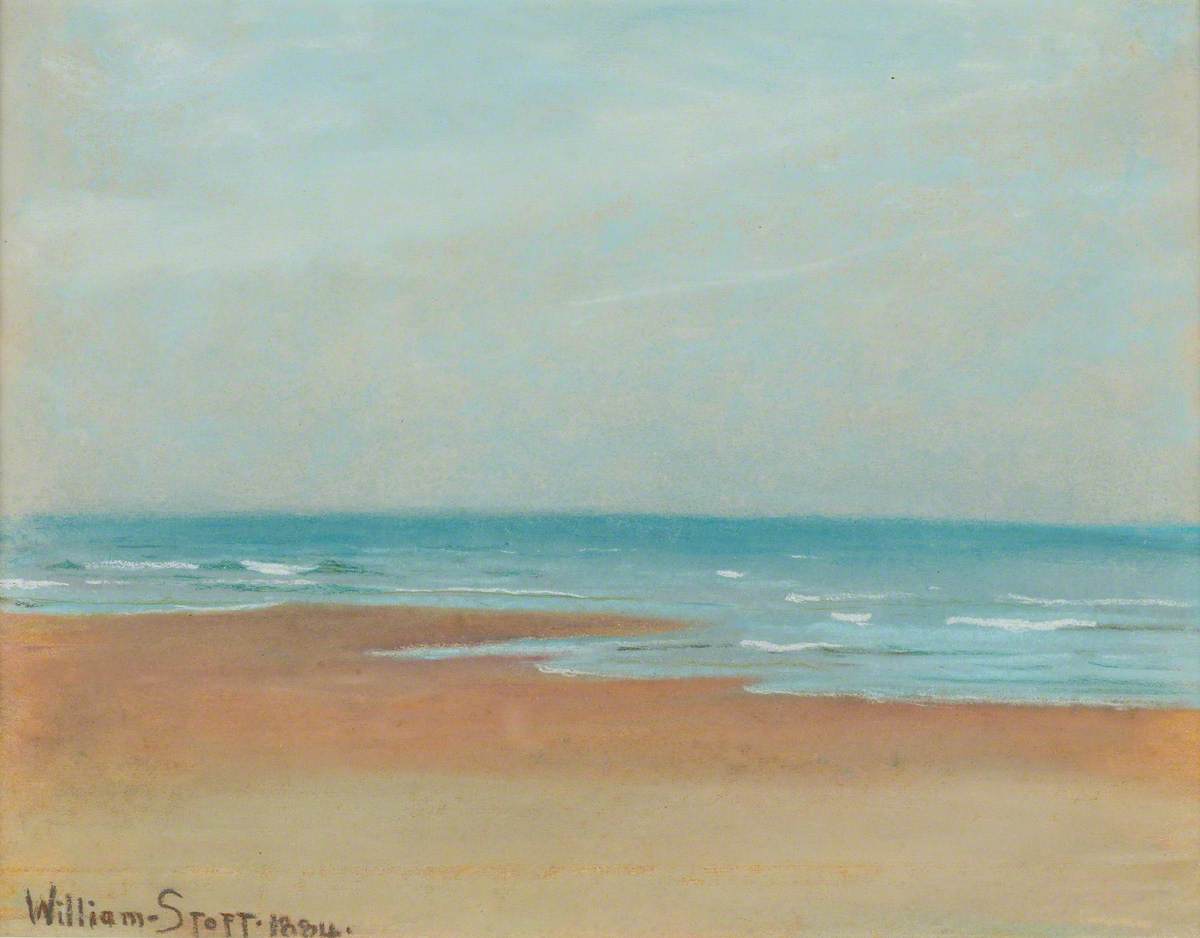 Seascape by William Stott of Oldham