Your are in: Home / Blog / What’s in a name? William Stott of Oldham

What’s in a name? William Stott of Oldham 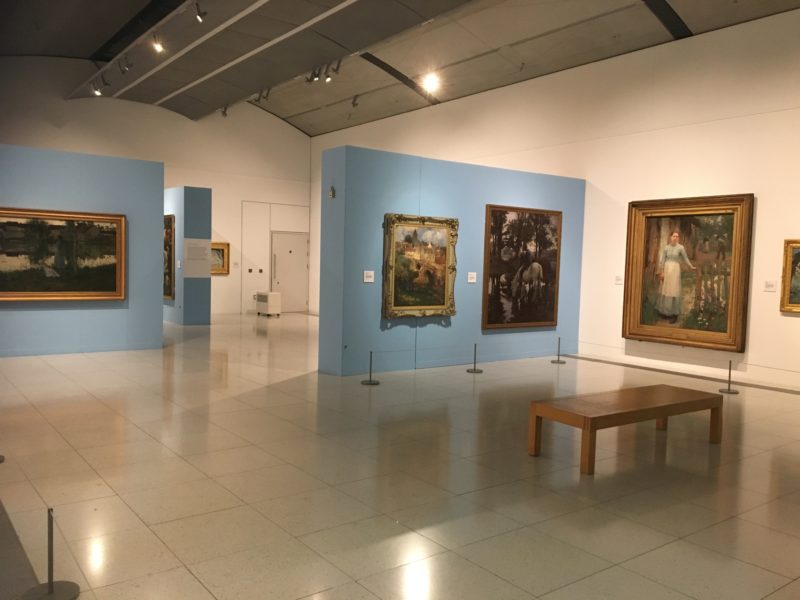 William Stott of Oldham: Great Painters Are Rare exhibition – On until 11 May

The Pall Mall Gazette of the 15th of May 1883 apologised for confusing Edward and William Stott with regard to “A French Kitchen Garden.”

The press was generally scathing about William’s decision to distinguish himself with the addition ‘of Oldham’ after his name. One may speculate as to why they were so critical but there maybe a clue in the 21.4.1886 edition of’ The London Evening Standard’ which said  ‘it pleases him to indulge in the gross affectation of describing himself in the catalogue and in his pictures by the place of his birth or some subsequent residence. It is one thing to be Mr William Stott of Oldham; another to be Malcolm of Poltalloch or Cameron of Lochiel.’

The addition ‘of Oldham” gave an added barb  to critical reviews of his work as in this review of Endymion on the 23.5.1888 in The Morning Post ‘— while Mr William Stott who —– lives in Paris, but whose heart untravelled, fondly turns to Oldham, prompting him ever to describe himself as “Mr William Stott of Oldham” has graciously associated that not very memorable town with an eccentricity called “Endymion.  ‘The Era” in 1888 reporting on the SBA:  ‘They have nothing left now in the way of sensation but the works of that strange much misunderstood genius , who insists, for some odd reason of his own, upon calling himself (mind the hyphen master printer), “William Stott of Oldham” – ‘

One wonders what the Stott family and those involved in the establishment of Oldham Library, Museum and Art Gallery and other municipal developments, who held themselves and their town in high regard, made of such comments.