Your are in: Home / News / River of Tea exhibition

Our latest exhibition tells the untold story of how our love for a cup of tea has helped shape our towns and cities today. River Of Tea – From Bengal To Britain is an exhibition of photographs by Tim Smith.

Tea enjoys a special place in British culture and the industry has played a key role in our history. Behind Britain’s cup of choice is a fascinating story that is rarely told; how the early tea trade sparked a migration that has helped to shape our towns and cities. 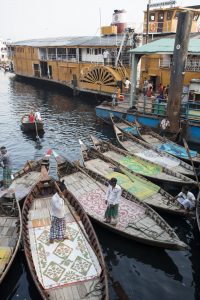 Tim Smith is a photographer based in Bradford and for over 35 years he has worked with a range of communities to explore issues of migration and identity. For this new exhibition he has worked with the Bangladeshi community in Oldham and other British towns to explore the story of how the tea trade built early links between Britain, India and Bangladesh.

Over 500,000 British-Bangladeshis now live in Britain. Over 90 per cent are of Sylheti origin, from a region in Bengal that was once part of Assam Province in British India. Sylhet now lies in northern Bangladesh, just south of India’s Assam State.

The connections between Sylhet and Britain were forged when the British established tea plantations in Assam in the 1830s. They relied on river transport to get the tea from plantations to the port of Calcutta for export.

It was the Sylhetis, master sailors and boat builders, who first provided this transport. Sylheti sailors then joined ships bringing the tea to Britain, and some of these sailors then found work ashore in Britain. It was these pioneers who laid the foundations of the communities of today.

This exhibition explores the history of Sylhet and Bangladesh, focusing on the region’s links with Britain and the impact these have had on people and places in Bangladesh. 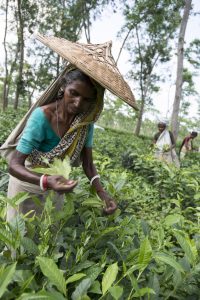 Tim said: “Drinking tea is such an important part of British, Indian and Bangladeshi culture, yet the story of how tea arrived in Britain and the people it brought with it is rarely told.

“It was a real privilege for me to be able to retrace this journey. I photographed life along the rivers and in the tea estates of India and Bangladesh, in the bustling cities of Dhaka and Calcutta, and in Sylhet itself where I met loads of people from all over Britain.

“Although it was a personal journey it was one guided by many British Bangladeshis, who suggested where to go and who to meet. Everywhere I went I encountered extraordinary help and hospitality from local people.”

Cllr Barbara Brownridge, Oldham Council Cabinet Member for Neighbourhoods and Co-operatives, said: “We all love a cup of tea but most of us probably never stop to think about where it comes from and what impact it has had on our country. This really is a fascinating story about how our love of tea helped shape the communities we have today.”

River of Tea opens on 16 September and runs until 6 January. After this launch in Oldham the show will tour to several other venues around the UK. The exhibition is supported with funding from Arts Council England.

Join Tim Smith for a talk in the exhibition on 20 September at 2pm.