Your are in: Home / Blog / Remember When? Druid Arms Pub 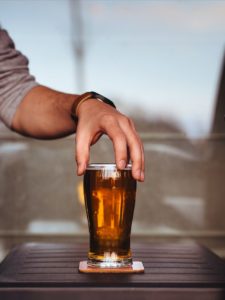 Photo by Pawel Kadysz on Unsplash

Every Monday we’ll be unlocking the archives to step into Oldham’s past for Remember When? We’re all missing a cold pint of beer pulled to perfection. Today, we’re focusing on that great British establishment and heart of the community…the pub.

This photograph from the collections of Oldham Local Studies Library shows the Druids Arms on Ashton Road.  The picture was taken on 14 June 1970. The first licence for the Druids was taken out in 1829 following an Act of Parliament of 1828 which allowed people to sell ale or porter off the premises. Customers would knock on the windows and the beer was then passed through and consumed in the street! This would have been the case with the Druids Arms in 1829 the year before the more famous Beerhouse Act of 1830. 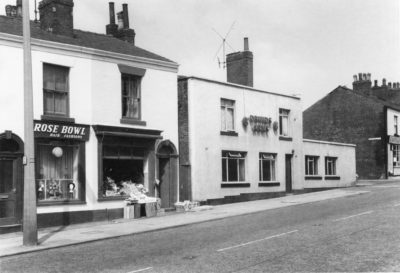 A brewhouse was added in 1878 where the licensee William Taylor brewed mild, bitter and porter at what he called the Chamber Hall Brewery. In 1894 there were five drinking rooms and two bedrooms. It was a typical corner beerhouse with a small bar next to the tap room and a parlour behind that. On the right was the bar parlour and then the tenant’s living room. There was no bar counter and the two parlours were served through a hatch. In the 1960s the pub was turned into one big lounge as was the fashion at the time.

The name probably comes from the Ancient Order of Druids which was a fraternal organisation founded in London in 1781. It wasn’t a religious organisation, instead its members were expected to preserve and practice the main principles attributed to the early Druids: justice, benevolence and friendship. One of the main functions of organisations such as this was as a benefit club and friendly society. Membership fees were collected into a central fund which was used to care for members who were too ill to work, or unable to pay for their funerals.