Your are in: Home / News / Remember When? Belgrade Hotel 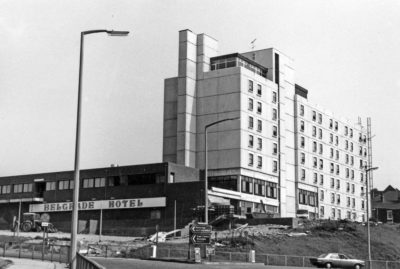 Join us every Monday as we explore Oldham’s history. Using material from Oldham Local Studies and Archive we take a look at the past in Remember When?

This photograph shows the Belgrade Hotel later known as the Periquito Hotel, and then the Pennine Way. It was taken in May 1975. The hotel stood near the Manchester Street roundabout and was officially opened on Monday 7 July 1975. It was the town’s first purpose-built hotel strategically placed at the gateway to the town. There were 130 bedrooms with their ‘own private bathroom, colour television, telephone and electric trouser-press’. In addition the hotel had a ballroom, restaurant, grill room, and a roof bar with glass walls giving drinkers a ‘magnificent panoramic view of Oldham’.

The chairman of the hotel chain, Mr Dragan Lukic, who was also chairman of Stockport Football Club, was impressed by the response to the opening of the hotel: ‘Even during wakes we were really busy – if the weather continues, I am thinking of calling the hotel, Costa del Oldham’.

This was part of a larger ambition to transform Oldham into a tourist destination. Have a look at this BBC archive film which shows a report entitled Come on Holiday to Oldham. 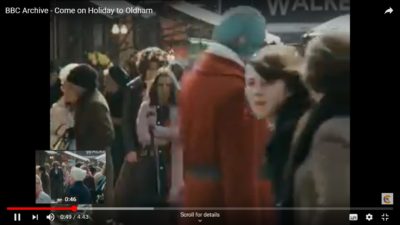