Your are in: Home / News / People’s prize winner announced!

Our Oldham Open exhibition may have finished but our People’s Prize winner has just been announced! All through the exhibition we’ve been asking you, the public, to tell us which is your favourite. And you certainly have been.

With an overwhelming number of entries and an even larger number of votes it was a close call, but the winner of the 2015 People’s Prize is Jacki Butterworth.

I still can’t believe I’ve won against so much fabulous talent! Your phone call made my day!!!

Jacki is the winner of £50 of arts vouchers, and of course the respect of her fellow Oldhamers and art world contemporaries! 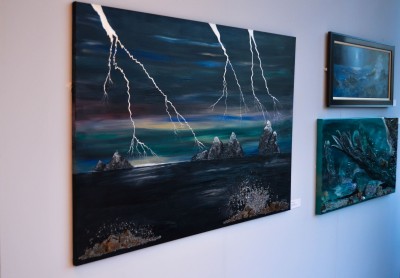