Your are in: Home / Blog / Oldham’s incredible mark on Japanese industry

2015 marks the 150th anniversary of the arrival of nineteen Satsuma students from Kagoshima. On 17th April 1865 this group of students set sail from the tiny village of Hashima in the Satsuma province, now present day Kagoshima. They were on a mission to investigate the textile industry of Britain and purchase Western weaponry. The mission was remarkable because overseas travel was illegal at this time in Japan and because Satsuma and Britain had been at war less than two years before. 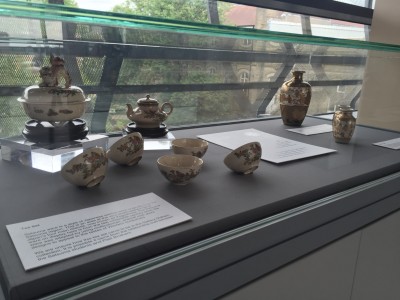 Galley Oldham was approached by the Japanese Embassy earlier this year to see if we would be interested in taking part in their Satsuma 150 celebrations. Currently at the Gallery we have our collection of Satsuma ware on display to mark the 150th anniversary of this event. However, we decided to undertake further research to discover the fascinating links between Oldham and Kagoshima.

After initial research at Oldham Local Studies and Archives we discovered that three of the nineteen Satsuma students who were travelling the country visited Manchester and in particular Oldham. By the end of the 19th century Platt Brothers had become the largest textile machinery company in the world. The three students, Tomoatsu Godai, Hisanobu Niro and Takayuki Hori, having been sent to purchase technology made contact with a Scottish merchant Thomas Glover who facilitated a meeting with Platt Brothers. This meeting resulted in the first order of textile machinery from Platt Brothers for the establishment of Japan’s first modern industrial factory – the Kagoshima Mill.

In 1866 Godai, Niro and Hori returned to Japan with the machinery and four engineers from Platt Brothers. The following year three more engineers travelled to Kagoshima. Their job was to assist Godai in the manufacturing and technical training of the local Japanese staff as well as installing the machinery. The engineers were housed in the Foreigners House built in 1866 especially for them. Today this house is a museum recording the story of these events. 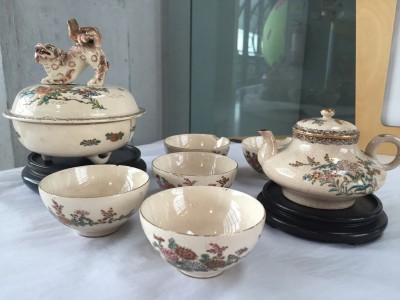 The relationship between Oldham and Japan continued long after the establishment of the factory in Kagoshima, with trade links continuing throughout the twentieth century. Platt Brothers also helped to give birth to the world’s largest carmakers, Toyota. In 1929, Platt Brothers paid £100,000 for the patents of an automatic loom developed by the company. It was the money from this sale that allow Toyota (then called Toyoda) to diversify and begin its automobile manufacturing. http://www.telegraph.co.uk/finance/newsbysector/transport/7194957/Toyota-how-Britains-textile-industry-helped-give-birth-to-the-worlds-largest-carmaker.html

There is more information on the Satsuma 150 celebrations here: http://www.uk.emb-japan.go.jp/en/webmagazine/2015/03/satsuma150.html