Your are in: Home / Blog / History of Lancashire in 70 Objects

History of Lancashire in 70 Objects

As part of a project to celebrate Lancashire Life’s 70th Birthday – Gallery Oldham needs your help in picking your favourite object to tell the story of the history of Lancashire. 70 of the final objects from across the North West will be selected to feature in both the magazine and a visitor trail from September – November 2017.

We have selected four objects from our collections, and we need you to help us narrow it down to one. Below are the different objects and their stories, with voting at the bottom. You have until the 29th January to vote! 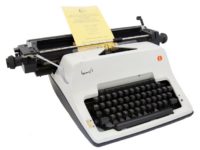 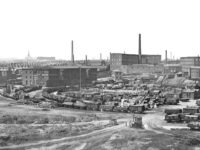 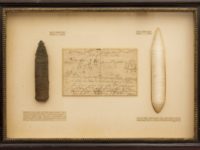 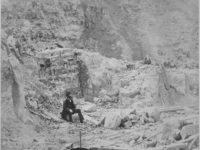 Between 1983 and 1993 this machine was used by ORIC (Oldham’s Asian Languages Translation service) to produce leaflets for new arrivals to the town. The group translated leaflets into several languages to help recent immigrants who arrived in the 1970s and 1980s to work in the town’s textile mills. The machine was finally replaced with a PC in 1993.

This series of nine photographs was taken from the roof of the Star Corn Mill on Woodstock Street in Oldham. The Oldham Panorama is one of the best visual records of the transformation of North West England into an industrial powerhouse. It was in the 1870s that Oldham moved into prominence as the largest cotton-spinning town in the world and this photograph captures the growth that accompanied this economic boom.

At first the image is dominated by the railway, terraced houses, the gasworks, coalmines and mills all crowded closely together. But look more closely and you will see a field of sheep and several other open spaces that are yet to be filled in as the town rapidly expands. Far harder to spot are any people – the picture was taken during wakes week when the view wasn’t spoilt by smoking chimneys and when most workers had left the town.

A large reproduction of this photograph is on permanent display at Gallery Oldham.

This small display case contains two cotton cops. One cop dates from 1735 and it is deliberately paired with a cop spun in 1885 at Marsland Mill in Oldham.

The donor was William Mannock, the owner of Marsland Mill in Oldham. This pair of cotton cops was one of the very first acquisitions of the new Oldham Museum & Art Gallery and shows the importance of cotton to the town. Oldham’s new museum opened with a ‘Fine Arts & Industrial Exhibition’ which included modern textile machinery from local firms alongside more historic items.

Mill owner William Mannock had this pair of cotton cops mounted into a case along with the invoice that dated the earlier example to 1735. His intention was to show the long tradition of cotton spinning in the area.

James Nield ran a printing business in Oldham but he was fascinated by the natural world. When these remarkable fossils were uncovered in a sandstone quarry on Oldham Edge in 1879 it was he who realised their importance. The fossils consisted of twelve standing trees and Nield brought all manner of experts to Oldham to examine them.  At the time they were termed ‘The Wonder of Europe’.

These fossils formed about 300 million years ago (Carboniferous geological period) when the area where Oldham is now was covered in a vast tropical wetland. Here a forest with a rich understory of ferns and horsetails and huge trees grew. Over many millions of years the plants decayed in the swamps and this was the start of a process that would finally form seams of coal. At the same time river sediments and deltas formed sandstones. Eventually the climate changed, becoming cooler and drier causing the extinction of most of these plant species now only found as fossils.

Nield had the fossils removed and taken to the grounds of Bluecoat School where they still are today. Although coal and sandstones of this period stretch across much of Lancashire only Oldham can lay fame to such a remarkable find as depicted in this image.