Your are in: Home / OMA / Facing the future

The latest stage of work on the old library and art gallery building has enabled us to get a close look at the faces that have stared out from this grand old building since 1883. Our contractors have been using a cherry-picker to carry out some survey work and also took the chance to come eye to eye with these imposing sculptures. This Victorian selection of artists, writers, musicians and engineers are now facing an exciting new future. 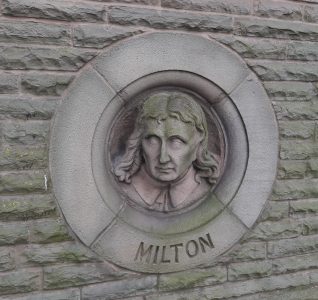 The faces are the work of the Manchester sculptor JJ Millson. His work can still be seen on several other buildings across Greater Manchester such as the imposing London Road Fire Station in Manchester city centre. His commissions for other cultural buildings mean that today you can see his work on the exterior of Touchstones Rochdale as well as Bury Art Gallery & Museum. 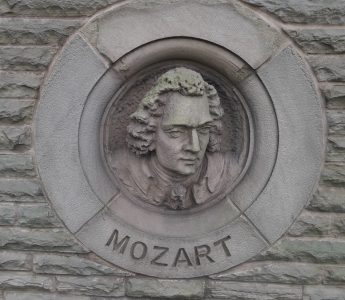 One of the first things a modern viewer notices about these figures is that they are all men. Although Oldham’s new library and art gallery was to include a Ladies Reading Room the male committee and male architect did not see fit to include any female role models on the building’s exterior. 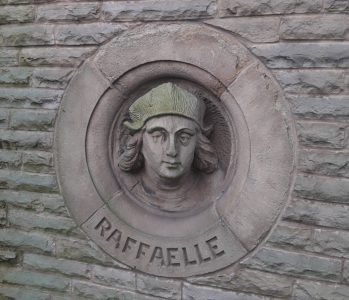 Another aspect that appears odd to the modern viewer is some of the irregular spellings adopted by the sculptor. 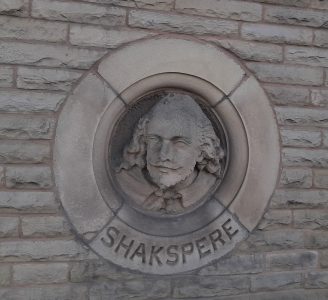 But perhaps what is most interesting is the range of people featured on the building. Writers include Shakespeare and Milton as well as the Italian poet Dante. Composers such as Handel and Mozart are chosen to represent the musical arts. And artists range from the Renaissance painters Michelangelo and Raphael to the Flemish painter Rubens. 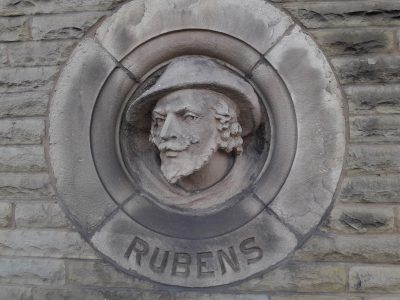 Unsurprisingly in a town like Oldham there is also a good selection of engineers. These include Samuel Crompton (inventor of the spinning mule) as well as George Stephenson (father of the railway network). Both of these men could be seen as contributors to the wealth of industrial Oldham and the hope was that the new library would educate the next generation of such men. 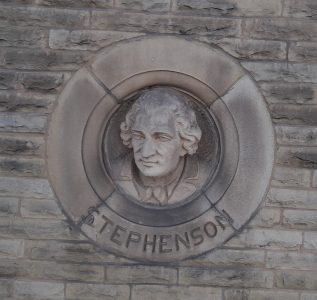 Some of the most important thinkers and philosophers can also be found on the building. These include Charles Darwin – perhaps a controversial choice at the time – along with the philosopher and statesman Francis Bacon whose sceptical approach is often credited as the beginnings of modern scientific methods. 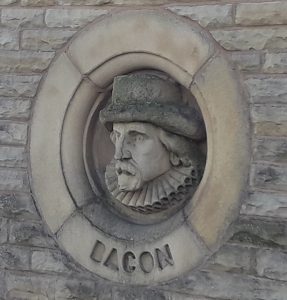 It is interesting to think about who would be selected today if we were starting from scratch. Perhaps some people born in Oldham? Perhaps others from much further afield to reflect the modern town? We would certainly want to address the gender imbalance! Who would you choose? 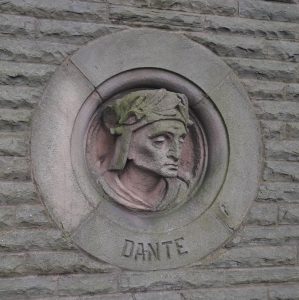