Your are in: Home / News / Andy Pandy: Things we miss or don’t miss

At the moment many of us are battling to keep children entertained. Video streaming services like Netflix are generally a blessing. But things were not always so easy… 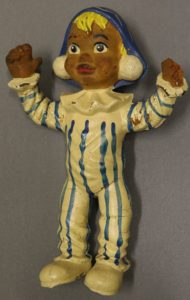 This little chap is Andy Pandy and he celebrates his 70th birthday this year. He was manufactured by Newfeld Limited of Ashford, Middlesex. The company, founded by Charles Neufeld, a refugee who came to Britain during WW2, marketed Bendy Toys between 1948 and 2011. Today, their film and TV character toys are highly collectable and a ‘bendy Dalek’, made in 1965, recently sold for £1500. However, many of these potential treasures have ended up in the bin, as the rubber tends to perish over time.

People of a certain age, and I count myself amongst them, will remember the string puppet version of Andy Pandy in the ‘Watch with Mother’ slot on BBC TV. Andy and his friends, Teddy and the slightly spooky ragdoll, Looby Loo, first appeared on screen in 1950. The series was remade in colour in 1970 and continued to be shown for some years, before a new version appeared in 2001.

It is hard for my five-year-old daughter to imagine a world where children’s television only made fleeting appearances; confined to a heavy, black and white ‘set’ that resided in the corner of the room, had to ‘warm up’ and frequently went wrong. In the 1970s, apart from school programmes and Playschool in the morning there was only Watch with Mother, or Rainbow and a couple of hours of kid’s shows for the after schoolers before the news at six. 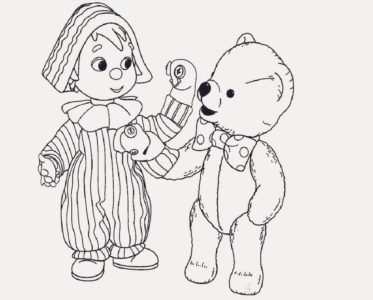 My daughter remains largely unimpressed by the TV programmes that we now call cult-classics and would prefer PJ Masks to Bagpuss any day. To her, television, as my generation knew it, hardly matters. But funnily enough, the toys, from Bing to Frozen and Peppa Pig to Octonauts still do. 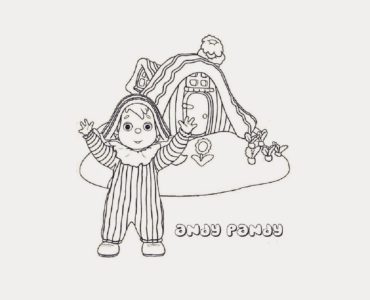